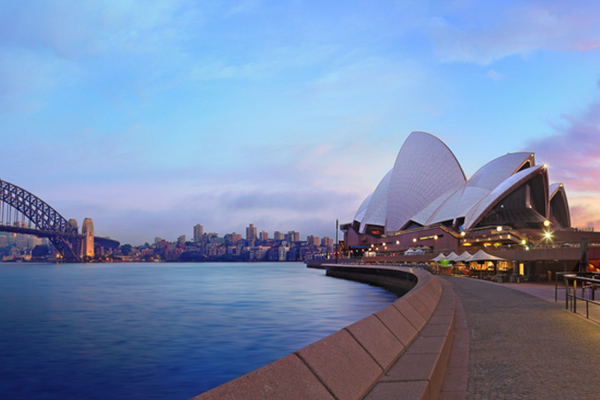 The Australian economy was growing at the sluggish pace of 1.7% in the third quarter and the back-to-back interest rate cuts from the Reserve Bank of Australia (RBA) between June and October may have done little to boost the activity before the end of last year.

The trade frictions between the US and China, their negative repercussions on the Chinese demand - which by the way accounts for a third of Australia’s total exports, and the falling commodity prices have taken a toll on the Australian economy in 2018 and 2019.

And that was before brutal bushfires destroyed the Australian coasts and the coronavirus breakout.

It looks like Australia has been carrying the world’s misery on its shoulders, and the RBA is running out of resources for fighting the actual slowdown and the growing risk of economic contraction.

According to early estimations, the coronavirus alone could cost the Australian economy near $13 billion in the first half of the year and no one knows how bad the situation could become, or how long the crisis would last.

All we know is, with rock-bottom interest rates, the RBA cannot do much more on the rate front unless it decides to join the Zero-Interest-Rate-Policy (ZIRP) club.

Can the RBA go negative on rates?

The answer is yes it can, but it probably won’t.

In its February meeting, the RBA maintained the cash rate unchanged at the historical low of 0.75% and stated that it is too early to determine how ‘long-lasting’ the impact of the coronavirus would be on the economy. Governor Lowe added that ‘the board will continue to monitor developments carefully, including in the labor market. It remains prepared to ease monetary policy further if needed.’

It would take three more cuts for Australia to join the zero/negative-rate club. But it is not sure that negative interest rates are what the Australian economy needs, and the RBA will probably not go down that road.

In fact, negative rates could do more harm than good in Australia. Experience showed that negative rates didn’t necessarily helped boosting inflation and growth in Japan and the Eurozone.

For Australia, inflation is another story, though.

Anyhow, negative rates are not on the RBA’s agenda for now. Moreover, it would be very unusual for a high-beta currency to see its rates at zero or below. So, before turning negative on rates, the RBA can still consider alternative policy tools to support the economy, such as asset purchases and balance sheet expansion.

For now, though, Australian policymakers believe that the fortunes could improve sooner rather than later for the Australian economy. According to Lowe, ‘the overall outlook is being supported by the low level of interest rates, recent tax refunds, ongoing spending on infrastructure, a brighter outlook for the resources sector’ and consumption will likely pick up gradually.

This is all we hope for Australia.

In the meantime, we expect the RBA to remain at a wait-and-see mode in the first quarter, but we do not rule out the possibility of one or more rate cuts later this year.

And there is the rising inflation…

Inflation in Australia rose to 1.8% in the fourth quarter, the highest in a year. Supply disruptions due to wildfires are mostly responsible for the uptick in consumer prices and the inflationary pressures could continue for at least one more quarter, then should ease.

Hence, Australian consumer price growth will likely remain within the RBA’s target range of 2% to 3% in the foreseeable future, giving policymakers at least some flexibility for increasing the monetary support if it is really needed.

At the beginning of 2018, the Australian dollar was worth 81 cents against the US dollar. Today, the AUDUSD is exchanged a touch below the 68-cent mark, nearly 18% lower than two years ago.

And there is little sign of reversal for the long-term bearish trend. Resistance remains solid near the 0.7020 mark, which is the minor 23.6% retracement on 2018 – 2020 debasement and more resistance should come in play before the critical 0.7230 level, the major 38.2% retrace.

From a technical standpoint, the AUDUSD will likely remain under a decent selling pressure unless it recovers above the 0.7230 level, in which case, the pair would step in the medium, long-term bullish consolidation zone. It is only then the AUDUSD could consider an advance toward 74-75 cent level last seen during summer 2018.